Anania funebris on the Graig

My dad and I visited Y Graig, Llantrisant yesterday to look for Anania at its best known Glamorgan site. There don't seem to have been any records from the site since 2008 and I was concerned that the reintroduction of grazing might have had a negative impact on them.

I needn't have worried, we counted 22 on the diagonal path which runs across the slope, from the small fenced quarry to the houses at the eastern end. There must have been many more away from the path...it was really buzzing with them in places. 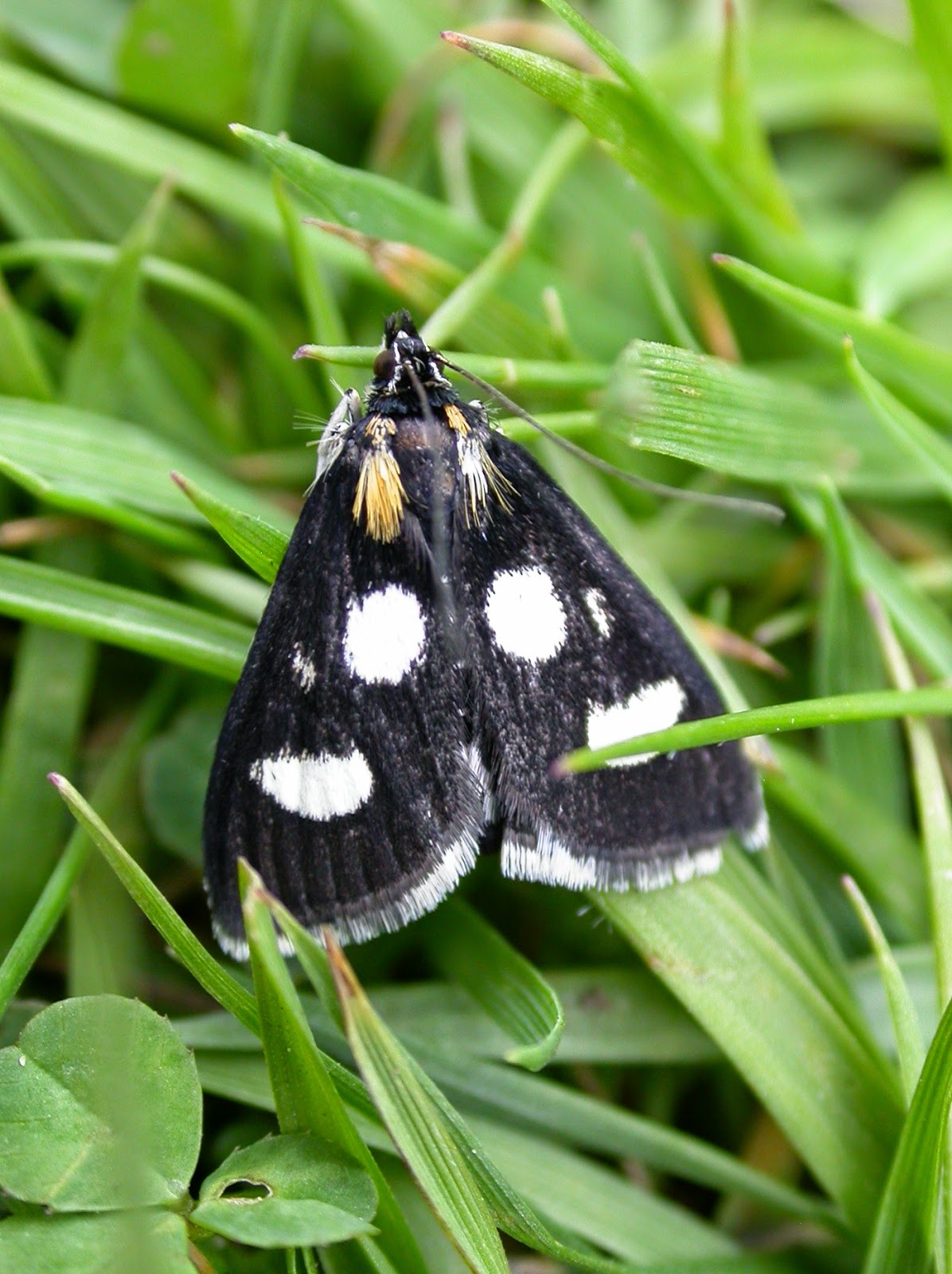 Thanks to Mike Powell for telling me where to look - last time I went (2012) I walked along the lower path instead and they don't seem to occur down there.

Also 4 Adela fibulella on Germander Speedwell, which is new for the hectad I think.

George
Posted by GMT at 11:00
Email ThisBlogThis!Share to TwitterShare to FacebookShare to Pinterest