Back in April last year I found a caterpillar in the garden which was identified as a final stage Mottled Umber. As it was final stage, I decided to keep it and see if I could rear it to adult. The little beastie pupated in early May and I placed it in my 'rearing box' hoping to see an adult moth in October/November. However, in late October the pupa which was in clear view disappeared, and although I searched through the soil in the box I could find no trace of it and assumed it lost.

Very surprised to find an adult moth on the inside wall of the box yesterday afternoon. It wasn't lost ... it was hiding. Really pleased that the little beastie survived and I released it into the garden last night. 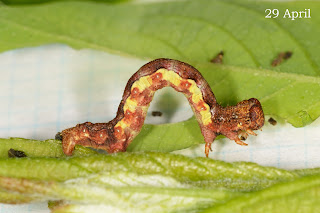 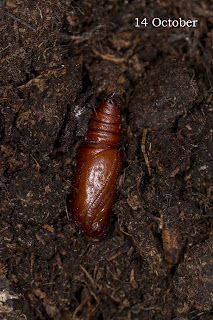 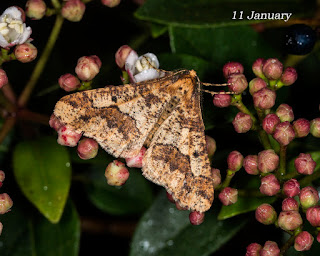