The last two nights have seen large numbers of Jersey Tiger in the trap here; ten on Friday night and thirteen individuals counted from last night. Plus one seen fluttering in the garden by day yesterday. Last year I think we had no more than ten recorded and usually in ones and twos.

In contrast we've only had one Garden Tiger this year down from a handful last year. Similar foodplants but different tolerances perhaps...?

Posted by Stephen Passey at 14:18 No comments:
Email ThisBlogThis!Share to TwitterShare to FacebookShare to Pinterest

Posted by Stephen at 13:58 No comments:
Email ThisBlogThis!Share to TwitterShare to FacebookShare to Pinterest 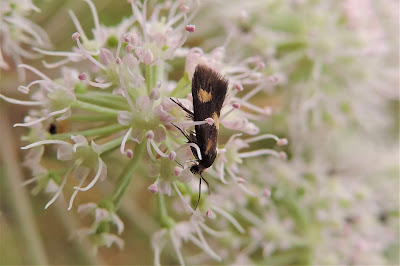 Posted by Martyn Hnatiuk at 20:33 No comments:
Email ThisBlogThis!Share to TwitterShare to FacebookShare to Pinterest

I've not done a huge amount of garden trapping this summer, but I made a bit more effort this week and trapped on 4 consecutive nights from 5th to 8th August. Wednesday night (7th August) was the most productive with 46 species - not a huge total, but it was notable for the number of interesting noctuids in the catch. Best of the bunch was Southern Wainscot; there are only two previous records of this species from Cardiff, both from the Bay. Mine might have wandered from there, or it may be breeding more locally on Reed Canary-grass on the Taff riverbank or on Common Reed at Forest Farm. 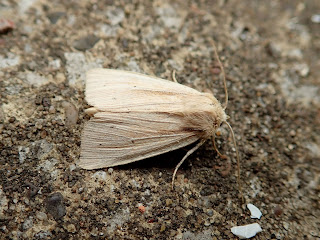 Also of note were Campion (2nd garden record), Bordered Sallow (3rd record), Least Yellow Underwing (1st since 2008) and Dark Sword-grass. The latter might be a relatively common migrant but it's very good at avoiding my garden - this was my first since 2011. Also a Gold Spot and a couple of Euzophera pinguis, which has had a good year here. 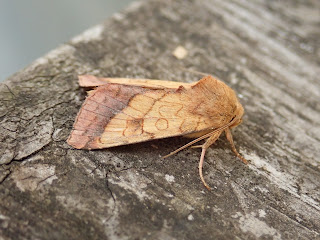 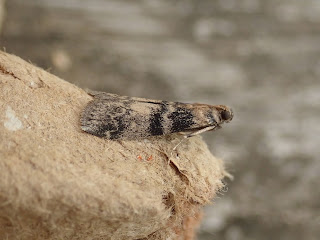 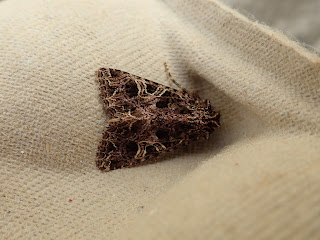 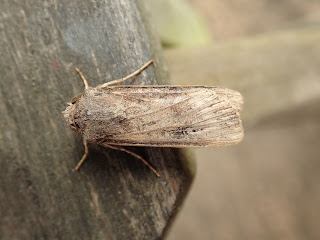 On 5th August there was a wandering Catoptria margaritella (3rd garden record of this boggy moorland species) and the pine-feeding Ocnerostoma friesei (approx. 8th county record), and on the exceptionally warm and wet night of 8th August another Least Yellow Underwing.

All in all, a pretty good week.
Posted by GMT at 12:31 No comments:
Email ThisBlogThis!Share to TwitterShare to FacebookShare to Pinterest
Newer Posts Older Posts Home
Subscribe to: Posts (Atom)