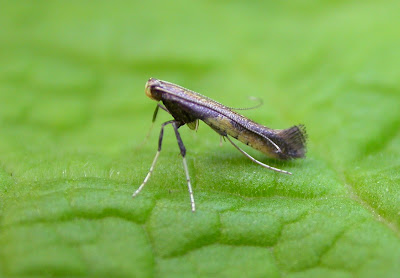 Whilst digging out a pic of Phyllonorycter scopariella for Chris I came across an incorrectly labelled (i.e. I got the original ID wrong!) photo of Caloptilia azaleella (Azalea Leaf Miner). The photo was taken on 27 May 2005, which trumps Dave's (Slade) 'New for Wales' Cardiff record on 15th May 2006 by almost a year ;-)

Also an unlabelled caddis which is Odontocerum albicorne (Silver Sedge) from the same folder, taken 12th July 2005. For those interested in naming the caddis attracted to your traps, Barnard & Ross (2012) is well worth buying. 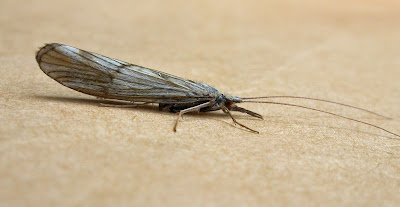 Posted by Barry Stewart at 11:51
Email ThisBlogThis!Share to TwitterShare to FacebookShare to Pinterest