Back in March I found two caterpillars while  preparing the raised beds for planting. These I identified as Large Yellow Underwing. I dropped these into my 'rearing' box and they immediately went into the soil. Nothing happened until I noticed a pupa emerging on 02 May. 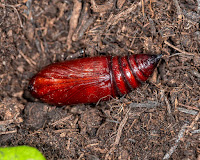 Last night both moths emerged. I missed the first and it escaped into the depths of the garage but the second was newly emerged when I saw it. I wanted to watch it expand its wings but my eyes were beginning to lose focus so, disappointingly it was time for bed. This morning the second LYU was fully formed and ready to be released. 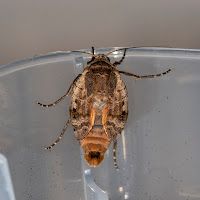 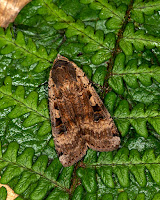 Posted by Howard Burt at 00:10
Email ThisBlogThis!Share to TwitterShare to FacebookShare to Pinterest