MCP & myself did a couple of hours trapping at CBWR last night with the prospect of a few wainscots. We had 23 species with 2 to ID. We had Bulrush Wainscot [3], uncommon in the capital. Southern Wainscot, the 2nd Cardiff rec., the first at CBWR in 2005. Reed Veneer (C. phragmitella) [15], again 2nd Cardiff rec.,  first being in 2007 at Forest Farm. Willow Ermine, although not determined, they were all on willow there. Cyclamen Tortrix, a few Small China-mark & Brown China-mark. The highlights were a Brown-veined Wainscot, 2nd Cardiff rec., and first since 2005. and The Crescent [6], the first in Cardiff since 1992. We also had a large noctuid fly over us which may have been an Old Lady. Not bad for an urban reserve which has only been there since c2000. 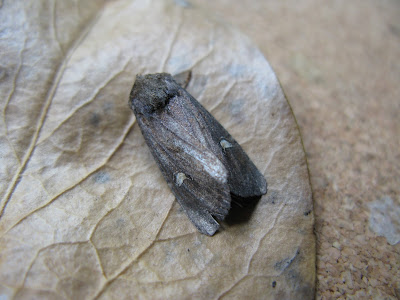 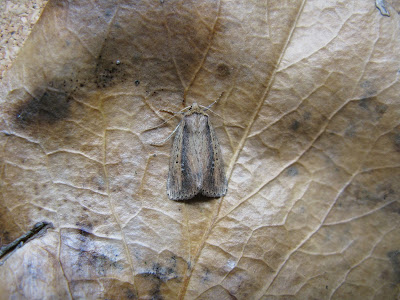 Posted by DRWG at 11:22
Email ThisBlogThis!Share to TwitterShare to FacebookShare to Pinterest