During the morning a moth emerged from its pupa. I found the caterpillar on the window back in May and it disappeared into the soil in June. Towards the end of July a pupa appeared on the surface of the soil and there it remained undisturbed until Sunday morning when a Large Ranunculus appeared. A pleasant surprise as, after all that time on the surface, I wasn't expecting anything to emerge. 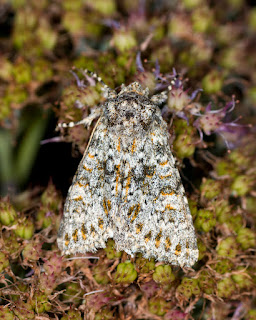 Posted by Howard Burt at 11:04
Email ThisBlogThis!Share to TwitterShare to FacebookShare to Pinterest