This is an Agonopterix rotundella, which I saw last year, but it was out a good two months earlier in 2011. 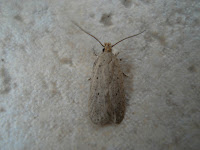 The pic below I think may be a lead-cloured Pug based on it's diminutive size and lack of markings (although it is a very fresh specimen).  Can anyone confirm what it is?  If it is a LC Pug It would be a nice record! 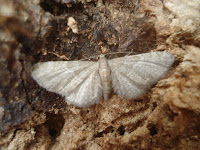 And I couldn't resist taking a picture of the Plain Golden Y as it is such a stunning moth!  Apologies for the quality of the photos but I discovered a load of grot stuck to the lens after taking the pics and releasing the moths! 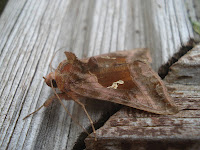 Posted by Adam Mantell at 16:04
Email ThisBlogThis!Share to TwitterShare to FacebookShare to Pinterest