I was going to go out to look for Merveille du Jour last night as I have not seen it here in Wales. As it was raining I set the light in the garden instead, to be rewarded with my first Welsh M d J, along with 14 other autumn species including Flounced Chestnut, Green-brindled Crescent, Red-green Carpet, Ypsolopha ustella, Sallow etc. A really colourful bunch. 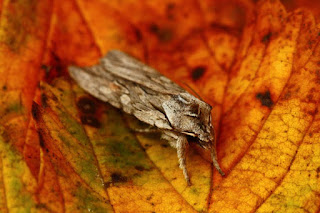 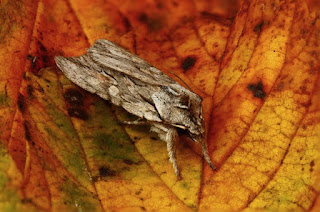 Also had a few releases from the night before from Pant y Sais bog of Webb's, Bulrush and Small Wainscot, where I also saw Marsh Oblique-barred and Pinion-streaked Snout.
Two pictures of the same Blair's Shoulder-knot using a 'stacking' syatem to combine several pictures focussed at different points-- a first attempt.
Posted by Chris Manley at 21:00
Email ThisBlogThis!Share to TwitterShare to FacebookShare to Pinterest