I've seen cases of a couple of interesting Coleophora species on birch during recent Marsh Fritillary web surveys. On Pengwern Common (Gower) last week there were numerous cases of Coleophora milvipennis on small birch trees near the western edge of the common. There seems to be just one previous county record, also from Swansea. The cases are strongly flattened compared with the commoner serratella, whose cases are much smaller at this time of year. 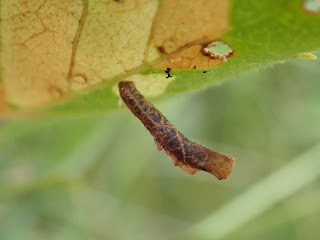 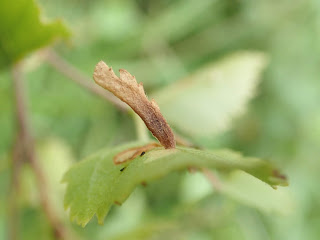 The next day, at WTSWW's Y Gweira reserve at Llantrisant Common, this rather nice case of Coleophora violacea was found on top a birch leaf. This is another species with very few county records, with recent sightings only in the Alun Valley (on bramble). 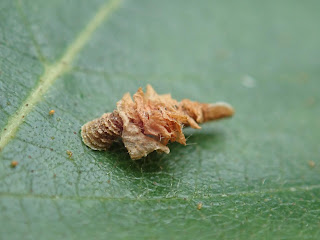 Posted by GMT at 22:19
Email ThisBlogThis!Share to TwitterShare to FacebookShare to Pinterest