Ok so more of a word of caution rather than a clamp down but I will be questioning Agriphila selasella records as some of you will already be aware. Something that looks like Agriphila tristella but has a white median line is not automatically Agriphila selasella - the differences are a bit more subtle than that!

In Goater's book he refers to a facial cone, which I never understood until I came across Chris Lewis' website here.


This is a nice example of a white-lined tristella that I caught last night. 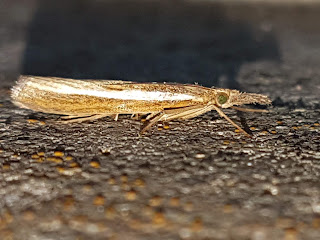 I always thought that the cone was the furry bit above the palps, but in fact on my photo here it is more of pronounced jutting forehead above the eyes. 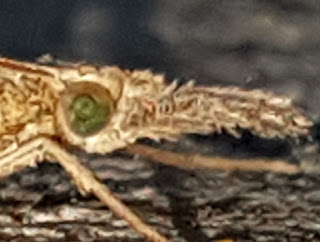 It is not clear on Paul's photo of a selasella from Margam a month ago, but what his photo does show is the nice even white median line, which on my photo you can just about make out gets narrower around the half way mark. 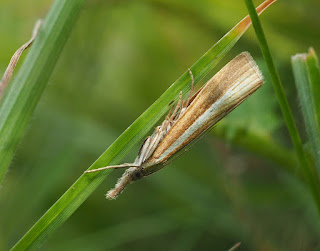 Posted by VC41Moths at 11:56
Email ThisBlogThis!Share to TwitterShare to FacebookShare to Pinterest