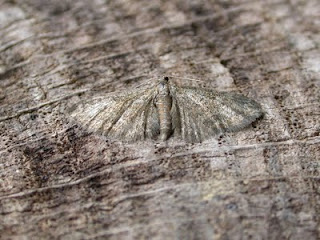 This worn specimen was in my MV trap this morning, and was new for the garden.

Other recent garden highlights: Batrachedra praeangusta (new for garden) and Euzophera pinguis (first since 2007).
Posted by GMT at 19:35
Email ThisBlogThis!Share to TwitterShare to FacebookShare to Pinterest