Playing catch-up at the moment. Had close on 100 moths of 40 species on Tuesday 22 July, of which 10 were new for the year. Two of these were completely new for me and the garden - the lovely little Mompha locupletella (which I posted on 24 July) and Pandemis heparana 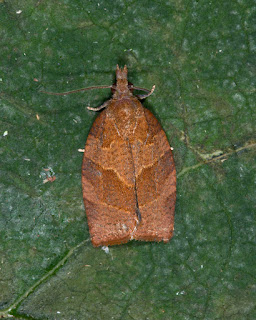 The highlight, other than the M locupletella, was the first appearance in the garden of Garden Tiger. I've seen them elsewhere but not in Creigiau 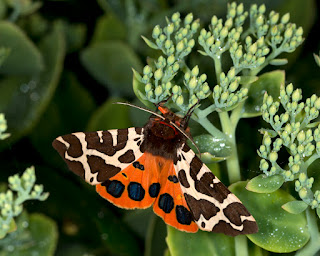 Not sure abut this Yponomeutidae. Could it be Spindle Ermine? or can't these be separated visually? 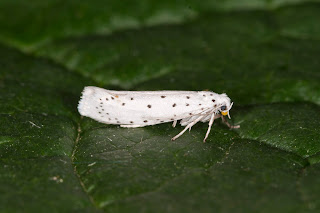 Posted by Howard Burt at 12:13
Email ThisBlogThis!Share to TwitterShare to FacebookShare to Pinterest