Coleophora cases in the Alun Valley

Last October, cases of Coleophora violacea and C. fuscocuprella were found in the Alun Valley. The former was only 2nd Glamorgan record and the latter was new for the county.

During a work party yesterday, in a different part of the site, cases of both species were seen. C. violacea was on bramble this time (rather than blackthorn) - the first time I've seen Coleophora mines and case on bramble (top two photos below). C. fuscocuprella was, like last year, on hazel (bottom photo). 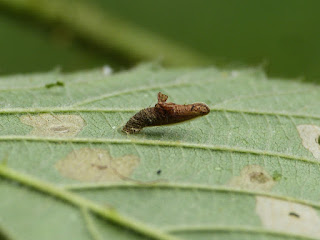 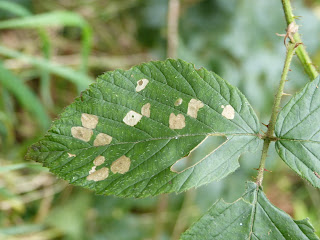 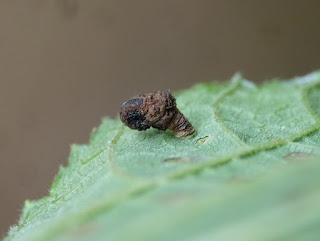 The mines of both species were pretty obvious (many per leaf) and I doubt they are being widely overlooked elsewhere in the county - more likely they favour the Alun Valley either because of the warm microclimate there or because they like regenerating young scrub growth (plenty of that at the site, after clearance for fritillary butterflies).
Posted by GMT at 20:15
Email ThisBlogThis!Share to TwitterShare to FacebookShare to Pinterest