I don't get to use that title very often, but for once a few migrants turned up in the garden trap last night - no doubt encouraged by the warm south-westerlies. Star of the show was Palpita vitrealis, my second garden record and in mint condition. It was nice to catch the closely related crambids Rusty-dot Pearl and Rush Veneer too, as I've not had either species in the garden for a few years. 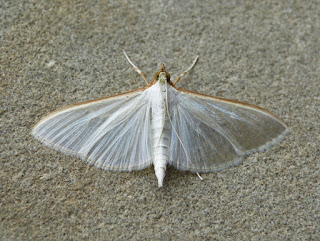 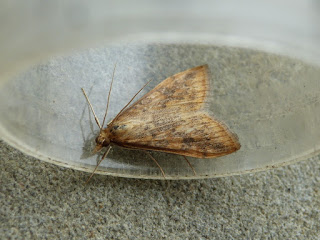 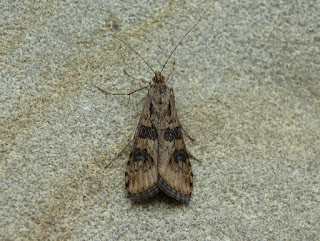 In total I had 16 species last night, probably my best ever garden catch at this time of year, including Tachystola acroxantha (2nd garden record), Red-green Carpet (2) and Cypress Carpet.

Last week I missed out on exciting migrants but did have Barred Sallow new for the garden and my 2nd garden record of Large Wainscot. 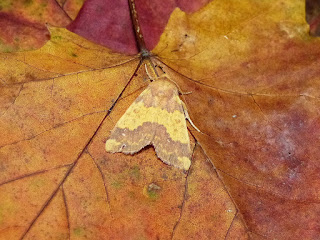 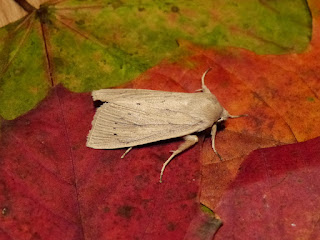 Posted by GMT at 13:20
Email ThisBlogThis!Share to TwitterShare to FacebookShare to Pinterest