We almost skipped putting the trap out on Tuesday night; now that it's dark in the mornings it's trickier to deal with before going in to work. Lucky we did though as one of only two moths in the trap was our first ever Merveille du Jour. Almost fell out of the shed scrambling for a moth pot. I think it might be a first for Llantwit as well.

The other moth was a Yellow-line Quaker so also new for the new garden! 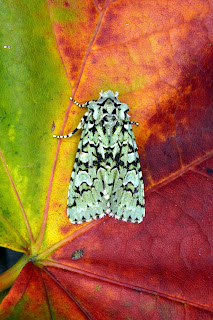 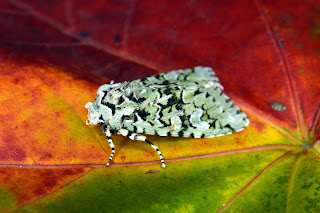 Posted by Stephen Passey at 06:35
Email ThisBlogThis!Share to TwitterShare to FacebookShare to Pinterest