Spent a couple of hours in the sunshine at Parc Cwm Darran Wednesday afternoon, the Parc seems to be at it's best right now, my intention was to see if the Marbled White were on the wing, little too early yet, but reports from Somerset say they are now appearing.

Excellent numbers of Small Pearl-bordered Fritillary to be seen, at least a dozen in the upper meadows, also a few Dingy Skipper and a pleasing couple of Dark Green Fritillary which are more likely to be seen on the Groesfaen area of the Parc.

I was interested to find larvae of Emperor Moth (3rd Instar) feeding openly on Meadowsweet, at least 25 were counted. This is the first time I've seen them at this stage of their development, usually I find them in their highly impressive final stages.

I think we should all be rather concerned about Cinnabar, the ridiculous destruction/removal of the larval foodplant (Ragwort) in many areas has prevented the pleasure of what was a common summer sight, we're now far less likely to see them, where I once saw them in many dozens, I'm now more likely to see the odd few. I was more than pleased to seen a couple on my ramble, what super moths they are, one of the few that will stop most people in their tracks, and more often than not they ask...'what butterfly is that !!!' ...it's a real people awareness moth.

Odonata seen Beautiful Demoiselle (m+f), Keeled Skimmer (2 imm Females), Broad-bodied Chaser (m). Large Red, Common Blue, Azure and Blue-tailed Damselflies all in healthy numbers. I've felt that Parc Cwm Darran is a most likely future location for Red-eyed Damselfly it has two fine lakes/pools with the necessary floating flora, all you need is the time and patience to search!!! For those interested my website has recently been revised and updated, it can be found here http://www.dragonfly-days.co.uk 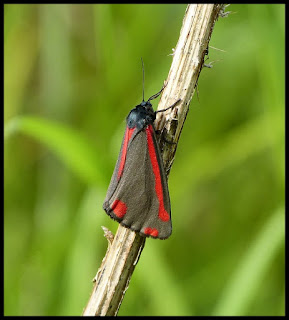 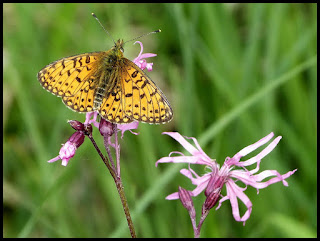 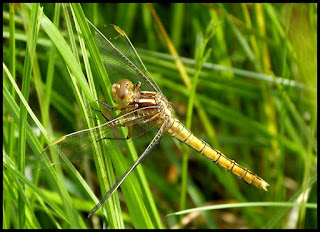 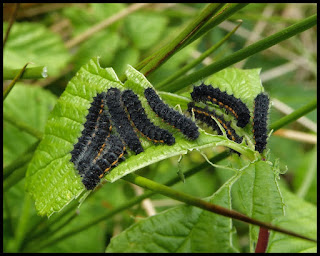 Posted by Bill Jones at 21:12
Email ThisBlogThis!Share to TwitterShare to FacebookShare to Pinterest