put the box out on Tuesday night but had to bring it in just after midnight because it was in danger of being flooded and blown over as the wind strengthened and the rain was torrential! Still managed to attract 67 moths of 23 species.

One of these, Tebenna micalis (as posted yesterday) was new for the garden and me. 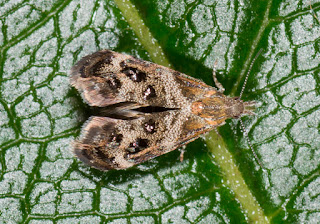 Three others were new for the year, but I'm not sure on two of them - a late first appearance of a Twenty-plume Moth (which refused to settle outside the pot), Apple Ermine (I think) and Copper Underwing agg.. I've looked closely at the latter and it appears to have dark palps with pale tips, but I can't see the extensive copper colouring on the underwing so I'm not sure on this hence the 'agg' 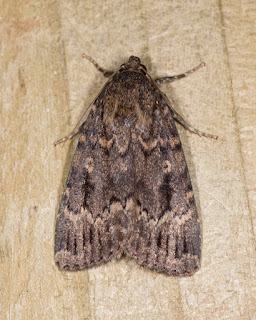 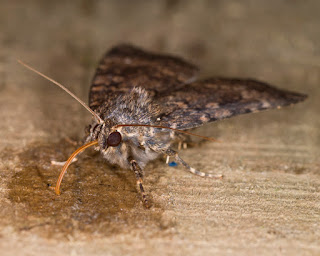 Posted by Howard Burt at 23:50
Email ThisBlogThis!Share to TwitterShare to FacebookShare to Pinterest