Since I don't think you can add images to comments, I thought it would be easier to create a new post to show highlight the costal fold - a character I keep banging on about, as it can be rather useful with male tortricids. It is a sense organ on some males, and contains scent scales. So here is a close-up of Vaughn's Notocelia: 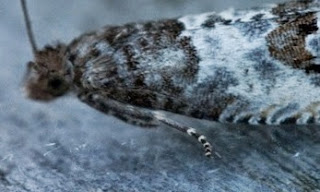 And here it is again with the fold highlighted: 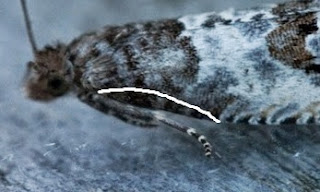 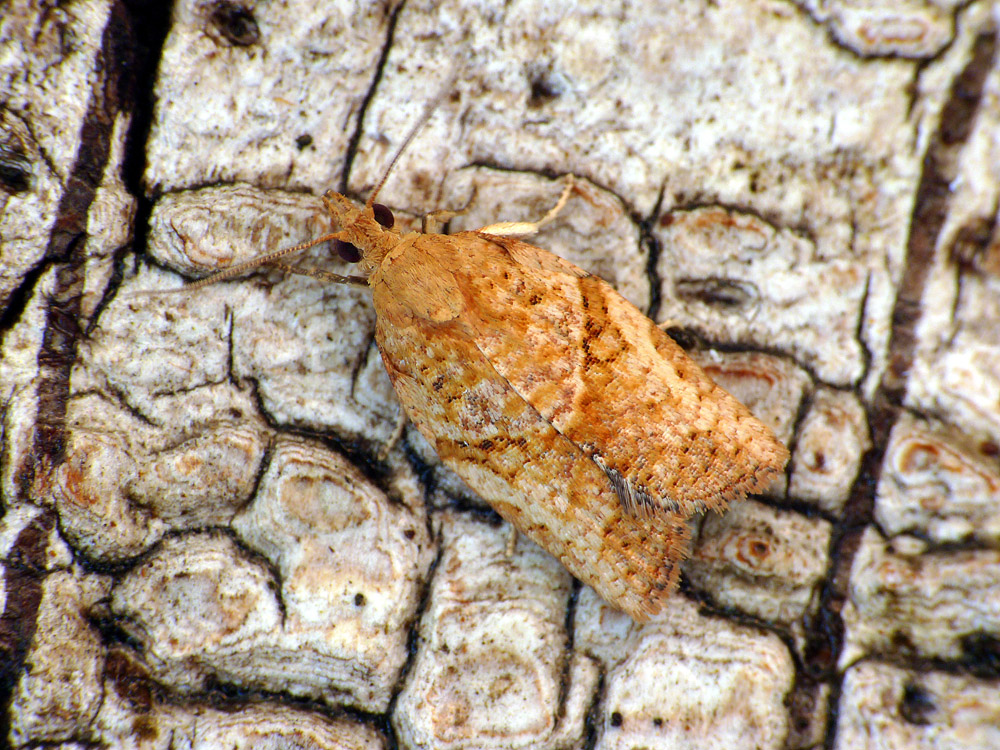 was Epiphyas postvittana, and not Clepsis consimilana. For the discussion check the original post (here). Essentially, the fold can be seen to about 2/5ths, whilst Clepsis does not have one at all. 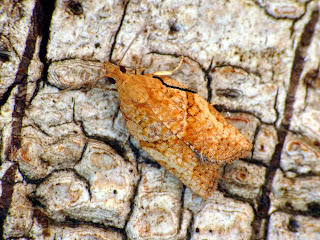 Posted by VC41Moths at 16:13
Email ThisBlogThis!Share to TwitterShare to FacebookShare to Pinterest