Mike Hogan and I ran our traps on the 20th, for the Gwyl Taf nature reserve's bioblitz. The skies were clear and the temperatures quickly dropped. By 23:00 they were in single figures and by the time I was knocking my trap down, at 02:30, it had dropped to 8.00C. As a consequence of the cool conditions, the catches were limited to forty-odd species per trap, the highlights being: Sallow Kitten, Buff Tip, Double Line, Small Seraphim and Scorched Wing. Micros were few, but included two individuals of this Pammene, though that is as far as I can go with the identification. P. albuginana seems closest, but that would be a first for VC41 and possibly for Wales: suggestions please! 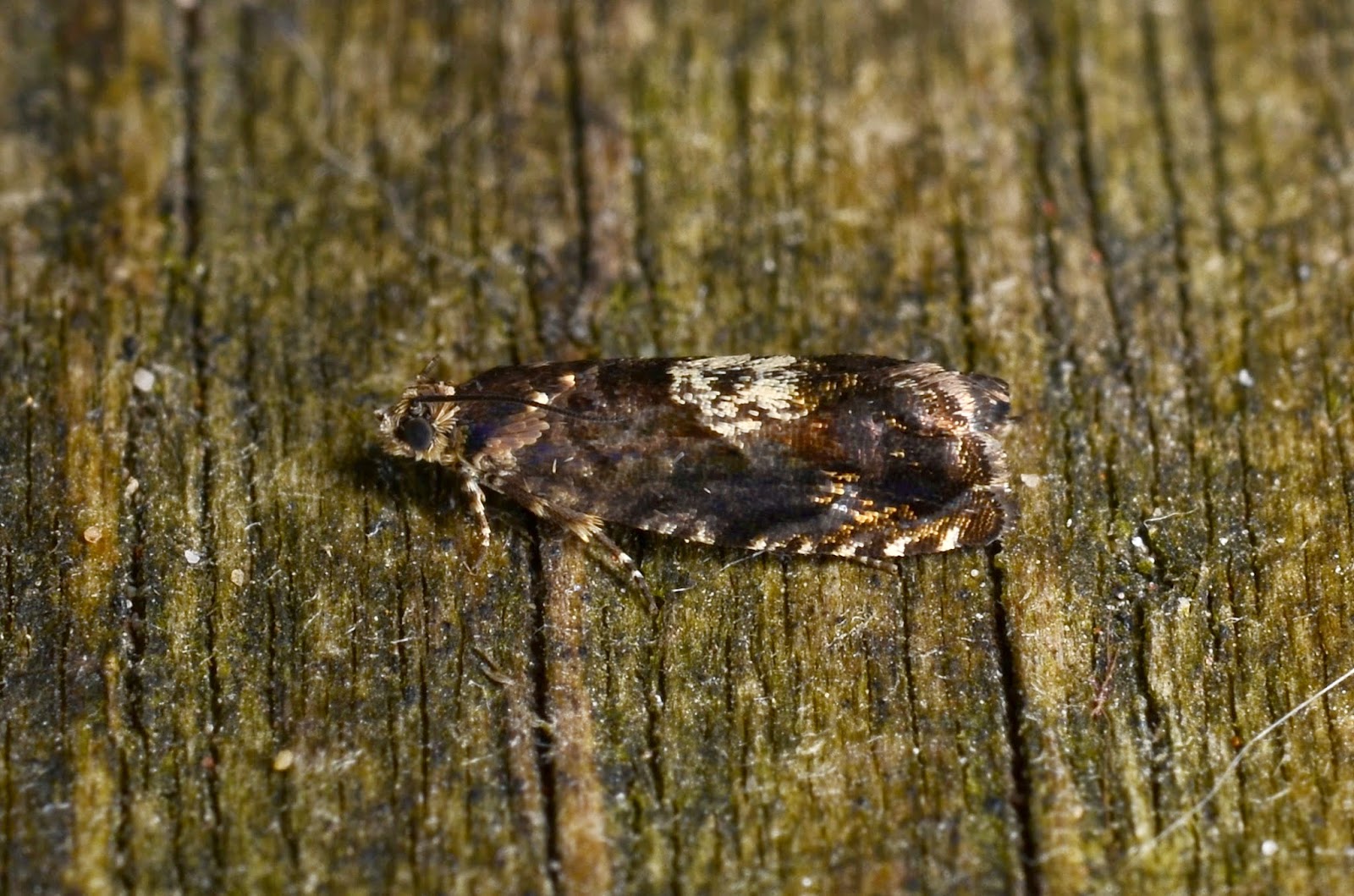 Posted by Mark Evans at 16:26
Email ThisBlogThis!Share to TwitterShare to FacebookShare to Pinterest